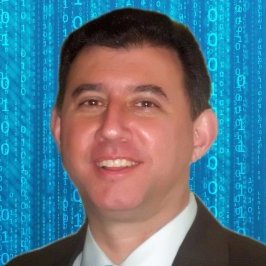 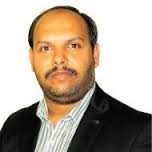 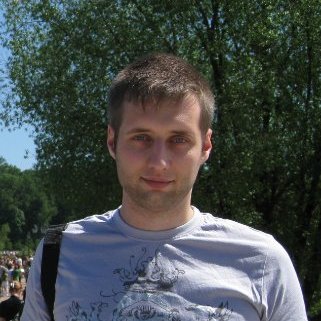 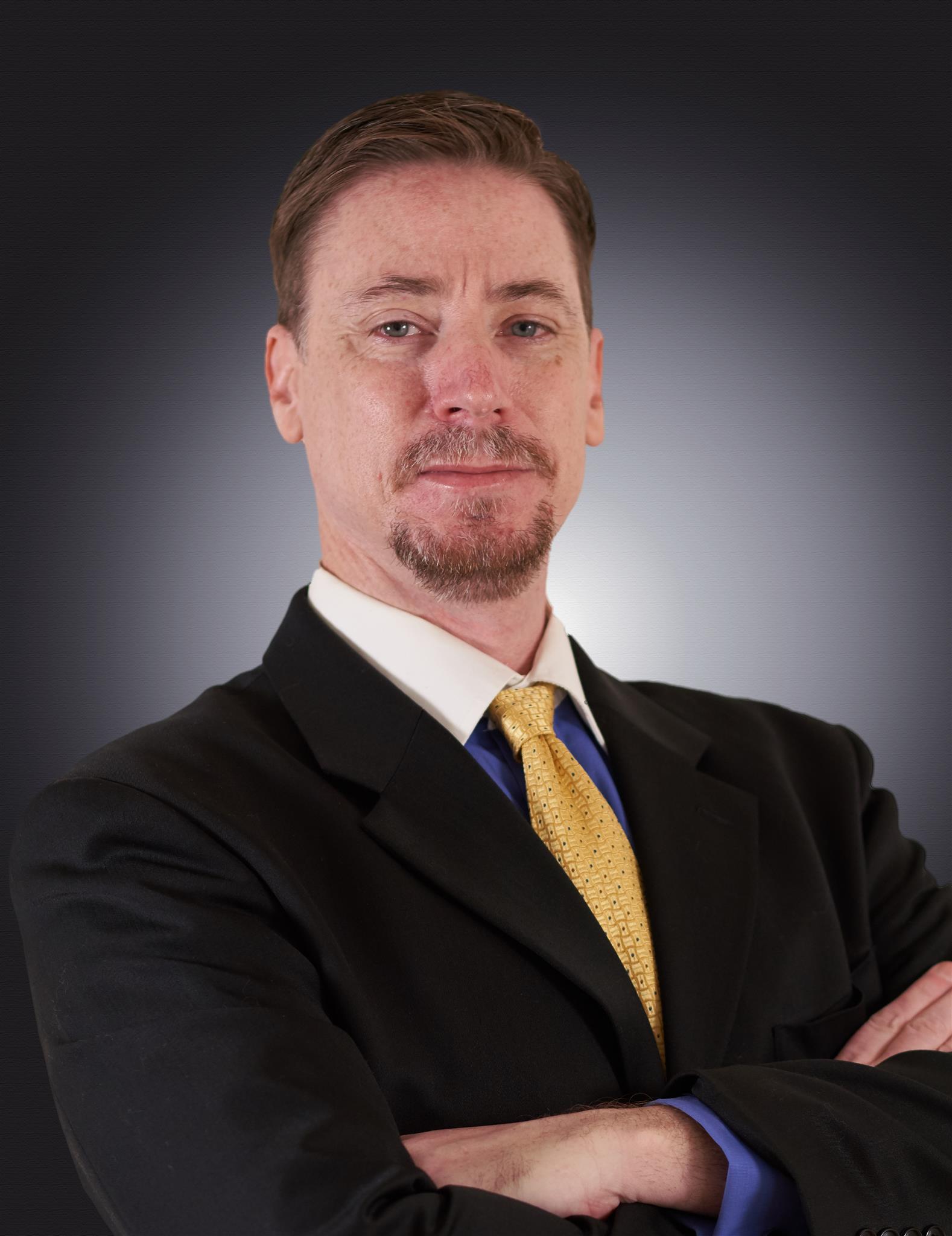 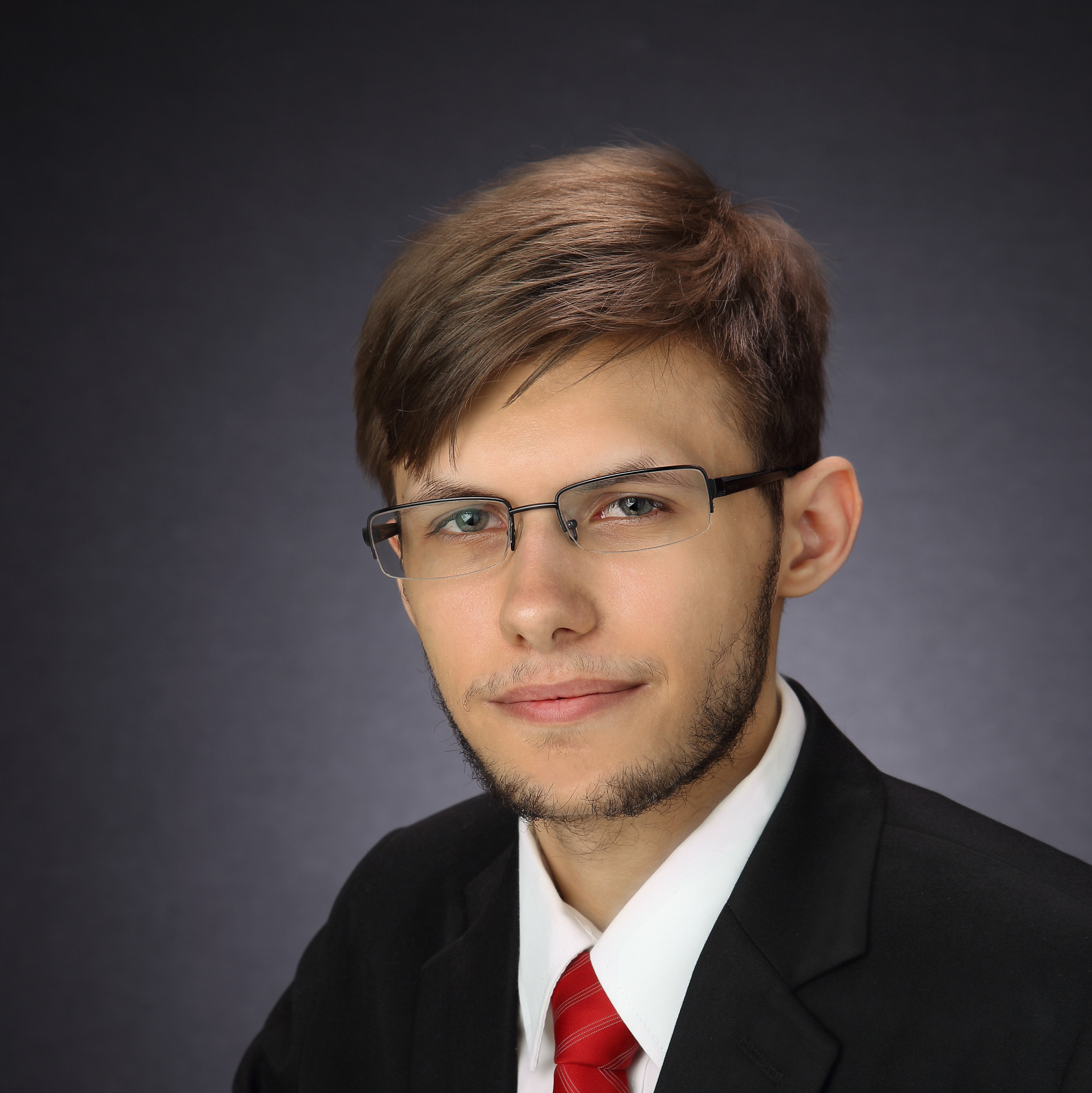 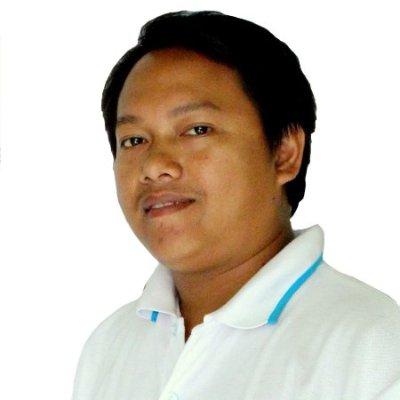 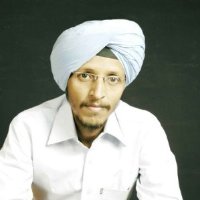 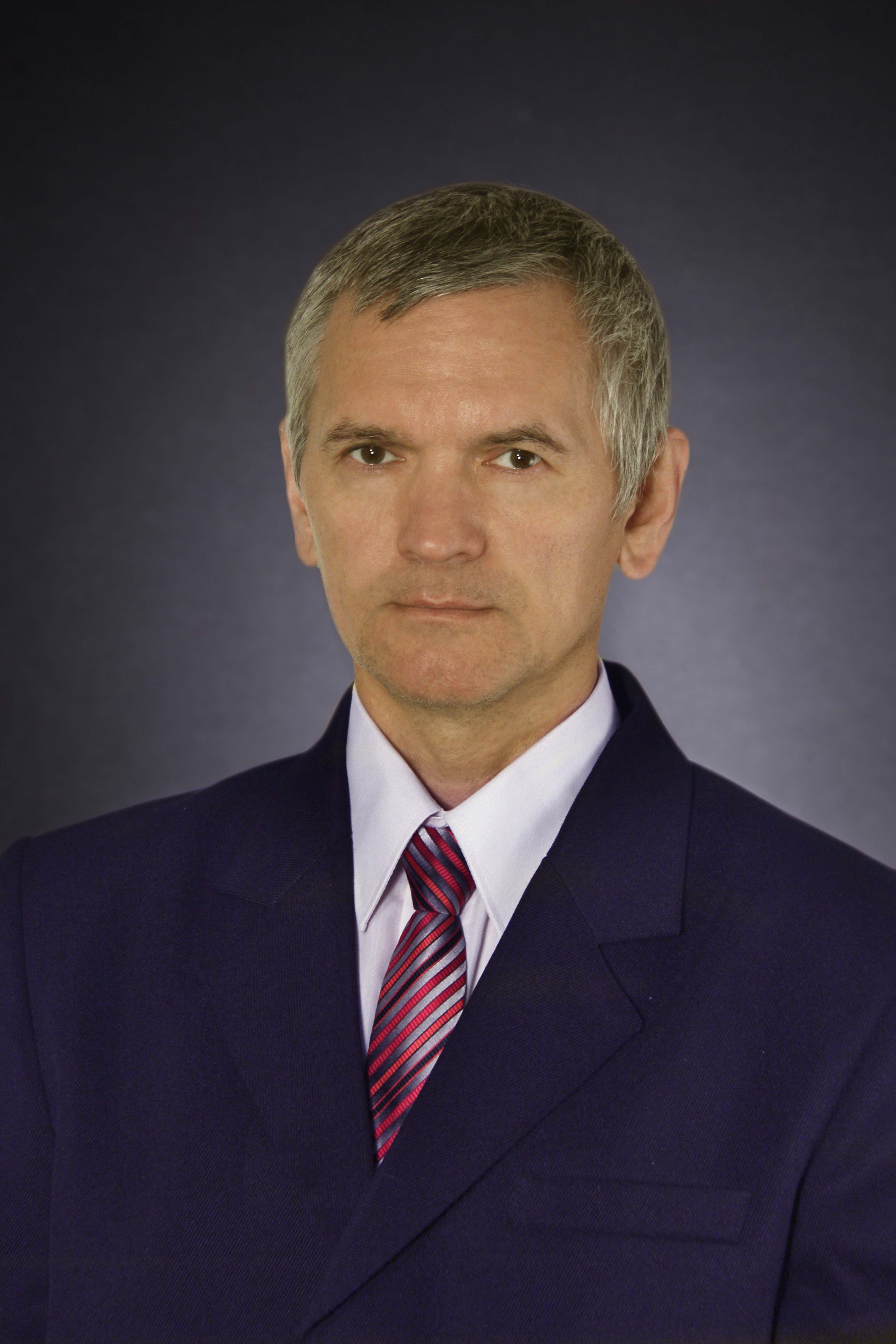 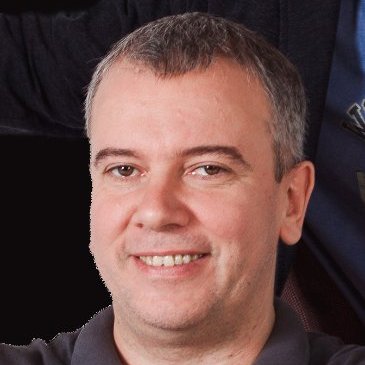 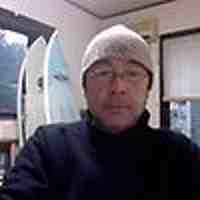 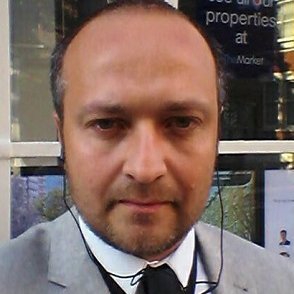 What is the theoretical Perfect Currency?

Can't be lost, can't be stolen, fixed supply, 100% private, No user accounts, no transaction tracking, free to use, quantum safe, globally scalable, transacts in seconds, easy to use. Can be turned into dollars and other money in seconds.

These are the goals of the makers of CloudCoin. And they have already met most of them 100%.

How are Cloudcoins produced? Are they mined? What gives CC value?

CloudCoin's mission is to have no inflation or deflation. All CloudCoins were minted in August 2016. There will never be any more created. CloudCoin is a monetary system and monetary systems are information systems that track who creates value so that they can receive the same value from others. CloudCoin is excellent at truthfully and accurately tracking who did what and that creates the world most just and fair currency. CloudCoin is 100% private and has no fees. It is fast to transact and scalable to the entire world population.

What’s the purpose of using files? How can I use this to my advantage?

CloudCoin's mission is to have 100% privacy. You cannot achieve this with public ledgers that require accounts. CloudCoin is the first real digital cash. The United States Dollar is just a file written on paper. The paper that the United States Dollar is written on is not money. Money is the data written on the paper and this data gets its physical integrity from the anti-counterfeiting properties of the paper and ink used in the dollar. At CloudCoin, we have breakthrough technology that allows us to achieve physical integrity digitally. CloudCoin is cash. All other systems based on the Blockchain are just bank accounts that require fees, accounts and lack privacy.

Does Cloudcoin (the company) have control over all the coins? How do I know this isn’t an exit scam?

CloudCoin has several core team that would not be involved in a scam and CloudCoin has a patent and patents. These people include Michael Terpin who is the Founder and CEO of the Transform Group. This is the group that helped hundreds of Coins have ICOs including Ethereium, Dash, EOS, Teather and many more. We also have Phil Flynn who is a Fox News Contributer and works at the CME who has the Bitcoin Future's market. Another big help is Kevin Harrington who is the inventor of the Infomercial and the original Shark on Shark Tank. Lastly CloudCoin has a huge amount of delelopers and administrators.

Blockchain depends on Concensus but Consensus is not truth. CloudCoin works as long as as one of the 25 RAIDA Clouds is trusted.

In order to be the owner of a CloudCoin, you must have the 25 Authenticity Numbers for that coin. Each one of the 25 RAIDA Admins will know one of your Authenticity Numbers. As of 12/16/2020, there are about 30K users of CloudCoin and the data is spread out amount them. Unlike Blockchain that provides a centralized way to see who owns what, CloudCoin cannot be read because the data is spread out over 20 different countries.

CloudCoin is safe because it has Data Supremacy thanks to the RAIDA. There are only two other data structures in the world that have this: The Blockchain and the Root DNS servers. The Root DNS servers are used by billions of people each day and the system has never gone down since the day it was created in 1985. The RAIDA is based on the Root DNS servers but instead of having 13 servers we use 25.

Does CC have any fees? How can this work without fees?

The mission of CloudCoin is for it to be 100% free to use. Because CloudCoin uses the RAIDA and not blockchain it is hyper efficient. The RAIDA is based on the DNS system. Billions of people use this system each day and pay no fees. The RAIDA is run by world class system administrators who are volunteers. However, RAIDA Administrators are allowed to mine for lost coins. Any coin that has not been authenticated in over five years is considered lost and can be mined to pay RAIDA Admins.

Why should I store my CC offline?

The mission of CloudCoin is eliminate any systemic risk of theft. Therefor, all CloudCoins are storred offline unless you put them into a CloudBank like Skywallet or some webstorage like dropbox. Cloudcoins are files and they can be stored anywhere that files can be stored. This includes USB drives buried underground or on your desktop. Because you can put your CloudCoin files in different locations and you can encrypt them, this radically reduces the risk of theft compaired to Blockchain-based currencies.

Does CC use blockchain?

One of the goals of CloudCoin is to be Quanum Safe. CloudCoin is the only coin that is quantum safe and does not use encryption schemes that stores every transaction to track who has what money. Instead, Cloudcoins are transferred (By file transfer) between people and then the receiver should authenticate them and change the Authenticity Numbers so that only they know these numbers. So CloudCoin does not need a Blockchain but instead needs a counterfeit detection system. That is what the RAIDA (Redundant Array of Independent Detection Agents) does. It simply checks to see if a coin is authentic.

Transfering coins through messaging systems is very safe if the messaging and storage systems are encrypted. Most message systems use SSL and that will protect your coins during transfer. SSL is not quantum safe and this will be a vulnerability in the future. CloudCoin, Skywallet and RAIDA Mail all have the ability to use AES encryption that is quantum safe. RAIDA Mail provides the most sercure and private email system in the world that is quantum safe and 100% private. CloudBanks like Skywallet are also extremly safe although they are pseudo annonymouse and use a private ledger system.

What is the safest way to store Cloudcoins?

To safely store CloudCoins for long periods of time, we suggest you put them on an encrypted USB drive and a copy of them on another USB drive. Then hide one drive in your house. Hide the other drive in a jar buried in a forest somewhere. We are developing RAIDA Data and this will be the safest-way to store any data and files including CloudCoins. That is expected to be completed by the third quarter of 2021. Until then, the CloudCoin Consortium recommends that you store your coins in multiple locations for fault tolerance. The CloudCoin Consortium recommends SecureSafe.com as one place to store a copy of your coins.

Why image or audio files?

CloudCoin's goal is to be 100% private. CloudCoin can be hidden in any file including image files such as png and jpeg. And, it is also helpful for marketing purposes. Suppose you want to increase your email open rate so you include a png banner ad that has a Cloudcoin in it. People will open the email just to get the Cloudcoin and they will read the banner add at the same time. We also use these file and any other files because we can hide coins in them. These coins can be placed in plain site.

Does Cloudcoin fluctuate? Can I see a chart of CC somewhere?

To make CloudCoin easy to integrate on exchanges, we have created CloudCoin Etherium. One CCE equals one CC. CCE can be exchanged for real CloudCoin using automated servers. CoinCodex.com To exchange CloudCOin for CCE use these sites: Withdraw Deposit. You can see how many coins are being powned by going to: https://cloudcoin.digital/pownstat

Where else can I buy CC? Any exchanges?

The goal of CloudCoin is that you should be able to turn your coins into dollars within seconds. You can buy CloudCoin at very good exchanges like Bitcoin.com and easier exchanges are in the works.

Can I keep CC on a crypto ledger? (ex: nano ledger)

CloudCoins are files and you can store them anywhere that files can be stored including video games and other programs. To be safe, you don't want any other people to read these file. If you want to store your CloudCoins in a place that is available on any device, we suggest creating a Skywallet. Skywallet.cc.

What happens if I lose my coins?

CloudCoin is the only digital currency that can be recovered if lost. This supports the Goal of CloudCoin to have no deflation and to be 100% fair. There are two ways to recover your lost coins. Most software gives you the option of embedding a recovery email in your coins. That way, if you lose them you can get them back immeditaly. This does come with some security risks. Another way is for you to file a lost coin report with the RAIDA and wait five years. When the RAIDA mine for lost coins, they will check this report and return coins to you if your claim appears to be legitamate.

What is the RAIDA?

The Redundant Array of Independent Detection Agents is a redundant authentication system that has Data Supremacy (cannot be brought down). It was inpsired by the root DNS system. It consists of 25 Clouds located in 20 different legal juristicions. Each Cloud is run by an indpendent organization who were given 1% of all CloudCoins to begin with and are able to earn more CloudCoins by recovering lost CloudCoins (coins that have not been authenticated in over five years). Each RAIDA has a tabled called the "Authenticity Numbers" table. Each Authentication table has exactly 16,777,216 rows. This number is exactly a three byte integer. Each row in the table has three columns. One column is for the Serial Number of the cloudcoin 1 through 16,777,216. The second column is for the Authenticity Number which is a GUID. A 16 byte binary number like d8bfe1596ba840389822057dc597fe2c The third colum is the "Month Last Authenticated" and it tracks when the coin should be considered lost.

Each RAIDA has a different Authenticity Number.

Who ownes all the CloudCoins?

CloudCoin did not have an ICO and did not collect other currency to pay for its development. Instead, development for CloudCoin was paid for with CloudCoin. This website (CloudCoin.com) was purchased with CloudCoin. CloudCoin is spent according to a five year plan which ends December 2021. At that point, all CloudCoins will be spent from the mint and the supply in circulation will be completely fixed.

NOTE: This domain name was bought with Cloudcoin